2017 was a difficult time for many people as well as for the Earth and her non-human inhabitants. We witnessed the intensification of climate chaos through hurricanes, wildfires, floods, droughts, and other extreme weather with little to no real action on the part of governments or intergovernmental organizations.  Throughout 2017 the world has teetered on the verge of nuclear war and racism, sexism, and the exploitation of workers seem to be intensifying.  As someone who studies and loves insects – especially bees as you all know – I was saddened but not surprised by a study, published in late 2017, highlighting their continued decline due largely to the effects of industrial agriculture and climate change, which also causes misery for millions of people.

And yet I have hope for humanity, for non-human nature, and for the Earth. Even though some of the most powerful people on Earth seem hellbent on causing untold misery and destruction, there are millions more people who want to make the world a better place. I was lucky enough to spend ten days with a few hundred of those people in India at the International Permaculture Convergence. There are people working tirelessly to dismantle systems of oppression, exploitation, and marginalization.  There are people experimenting with new ways to break through the deep alienation that we have towards ourselves, each other, and non-human nature. There are people working with non-human nature to revitalize and regenerate the Earth.

And nature is rebelling as well: the super weeds that grow after repeated douses of glysophate, the ‘wild’ animals who claim their place in the city against all odds, the ‘livestock’ animals that make a run for freedom, the domesticated animals who go feral, and the tree that pushes through the foundation. I choose to see these as acts of resistance.

Every year, I make a bunch of winter solstice intentions and new year’s resolutions as do lots of other people.  Let’s collectively focus some of our intentions, resolutions, and plans for 2018 on strengthening movements for ecological regeneration and social justice. Let’s commit to acting in solidarity with others who are also resisting, organizing and struggling against oppression, exploitation, and ecological destruction. Let’s find ways to collectively envision a better world and inspire hope in people who feel despair.

One thing I commit to do in 2018 is to blog regularly – once a week at the minimum – about social movements, feminism, permaculture, marxism, and bee advocacy. My blogs will now include regular book reviews of some of the best activist and ecological books that I am reading. I will also highlight exciting movements, projects, and struggles aimed at making the world a better place for everyone. But, more importantly, I commit to stepping up my activism and organizing in the actually existing world (and outside of the internet).

In our activist and organizing work we are truly planting the seeds of a new world, even when we feel tiny and insignificant. Let’s make 2018 the year that people and our non-human allies collectively say ENOUGH and turn the tide on misery and destruction. 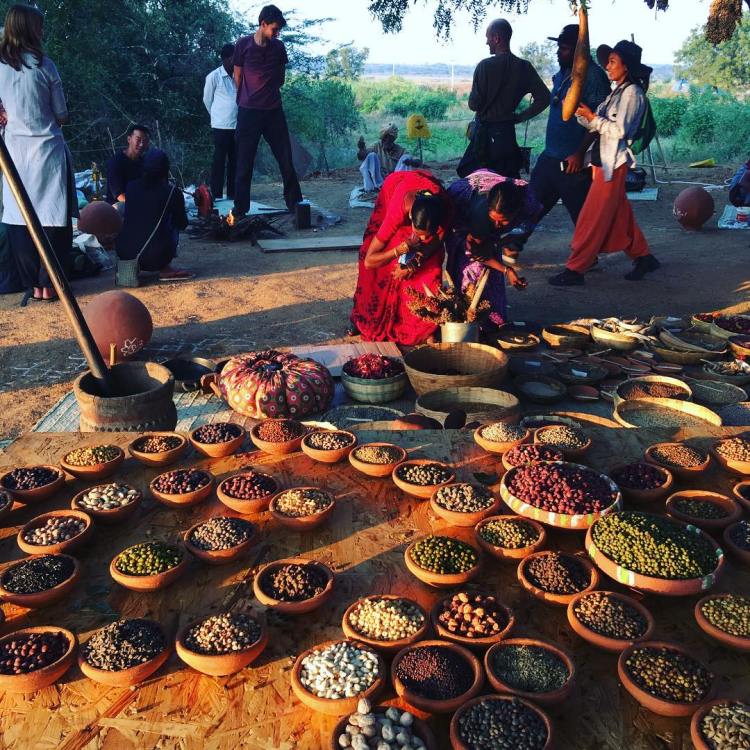